An idyllic pedestrian route on the northern slopes of Valtellina

Via dei Terrazzamenti is a pedestrian route on the sunny side of the valley between 300 and 700 m above sea level. The route runs from Morbegno to Tirano and tells the history and scale of the endeavours of the locals, who cultivated the steep slopes of these rugged mountains. It is easy to understand why viticulture is called a “heroic” activity in Valtellina.

The 70 km of terraced vineyards produce prize-winning wines and spectacular views from the many rest areas along the way.

Moving around Via dei Terrazzamenti by public transportation

From Tirano to Morbegno (and from/to the main villages you meet on the route) you can move by bus: for more details VISIT THE OFFICIAL WEBSITE

You can also travel by train from Morbegno to Tirano (with stops in Sondrio, Tresenda-Aprica-Teglio and Tirano): VISIT THE OFFICIAL WEBSITE 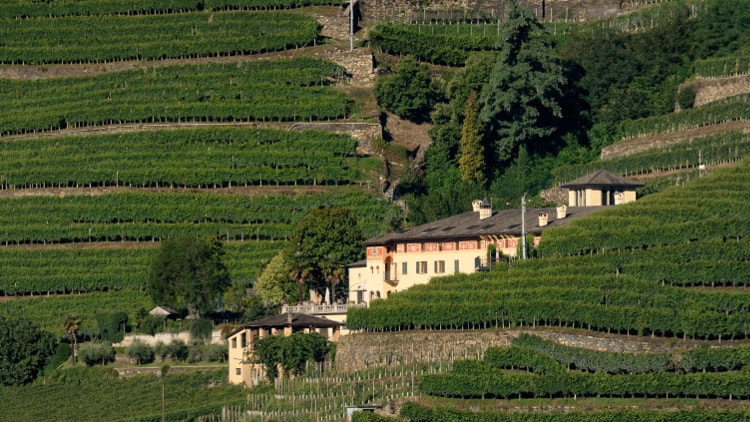 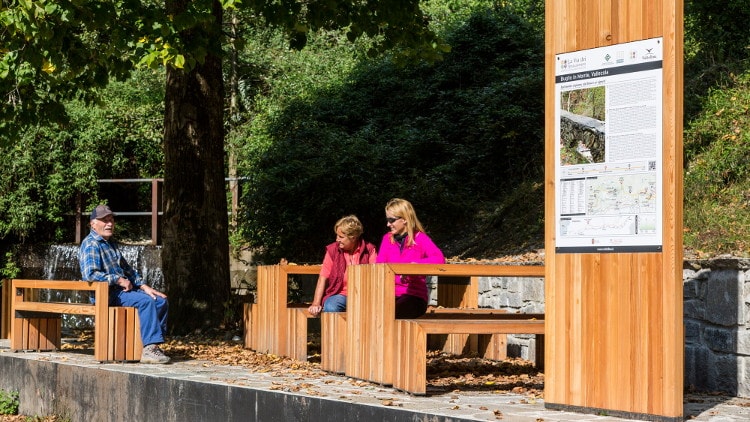 One of the many rest areas located along the way 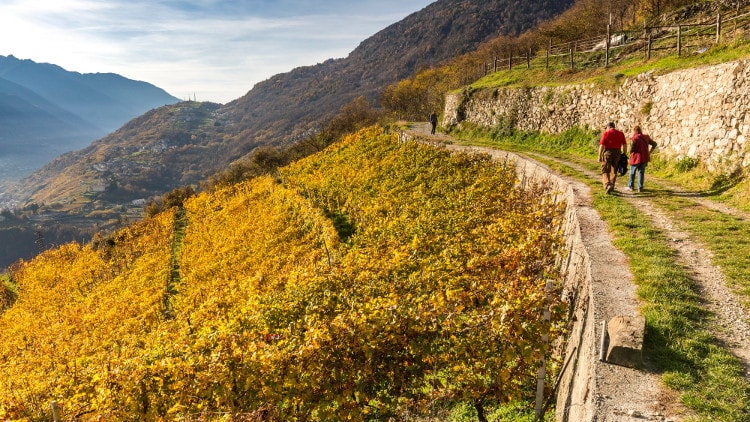 Autumn, with its special colors, is probably the best season for visiting the Via dei Terrazzamenti