The Cammino mariano delle Alpi pilgrimage route is an important religious, cultural and tourism-driven project in Valtellina. Tracing a route through the valley, the hiking itinerary incorporates several shrines to the Virgin Mary before reaching the Basilica of the Madonna di Tirano, one of the most significant sacred monuments in the province and proclaimed the ‘celestial patroness of all of Valtellina’ by Pope Pius XII in 1946.

The two route options of the Cammino mariano delle Alpi

Starting from March 2022, it will be possible to hike along the Via Occidentale which is divided into five stages: Piantedo–Morbegno, Morbegno–Berbenno, Berbenno–Sondrio, Sondrio–Teglio and Teglio–Tirano. It makes use of the existing trail network and waymarked routes, including the Via dei Terrazzamenti which traverses the valley’s most authentic and charming areas, passing distinctive terraced vineyards and a wealth of historic, religious and civic buildings that transmit a fascinating insight.

Conceived by the Tirano-based cammIKando association, the Cammino mariano delle Alpi project was welcomed by the municipal administration of Tirano as well as the Rectorate of the Basilica della Madonna di Tirano. To broaden its scope, the province of Sondrio assisted in designing and implementing the itinerary.

From the website you can download the pilgrim's credential, a record of your journey on the Cammino mariano delle Alpi and records your progress through the collection of six stamps. Once you have reached the Santuario della Madonna di Tirano and presented the credential, complete with stamps, you’ll be given the Testimonium by the Rectorate to certify that you have completed the pilgrimage. 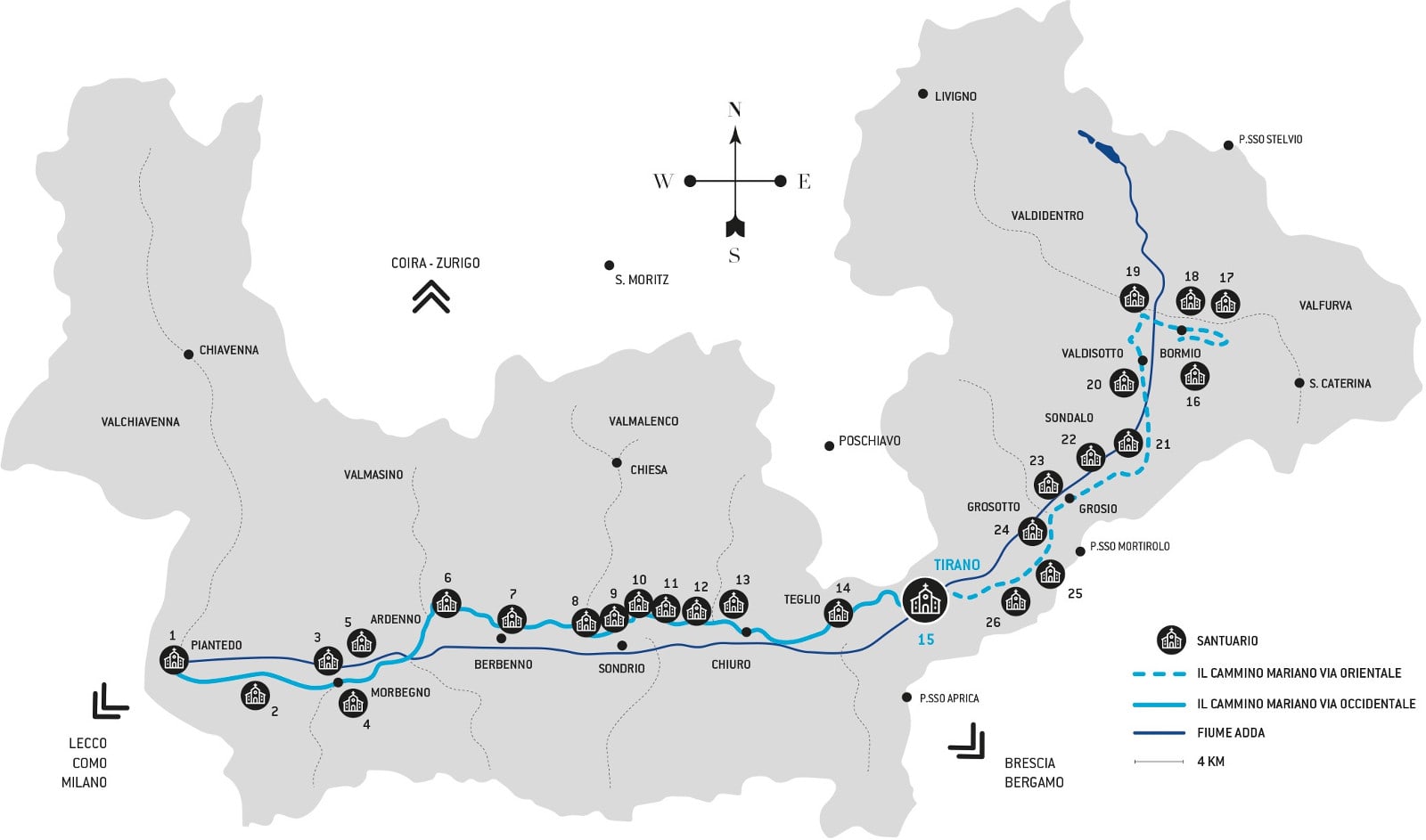