The ski runs of your dreams

1. THE THOENI RUN IN VALMALENCO

In honour of the great champion Gustav Thöni, this represents one of the most spectacular and skill-demanding runs in Valmalenco. After cutting a line through the larch forest and a series of less steep pitches, the Thöni run reaches its grand crescendo with a gradient of almost 70%, making it one of the steepest sections in the whole of Lombardy.

Dedicated to local hero and long-running World Cup favourite Deborah Compagnoni, this expert-level run has deservedly won favour across the Alps for guaranteeing a good time, every time you ski it. With variety and consistently on-point snow-sure conditions, the fun begins up high and narrow between the rocks and continues to ramp up as you pull turns in the forest on your way back down to the town. Average gradient: 29%, max 53%, min 9%.

You can also go night skiing under floodlights on the Compagnoni piste – click here to find out when and how. 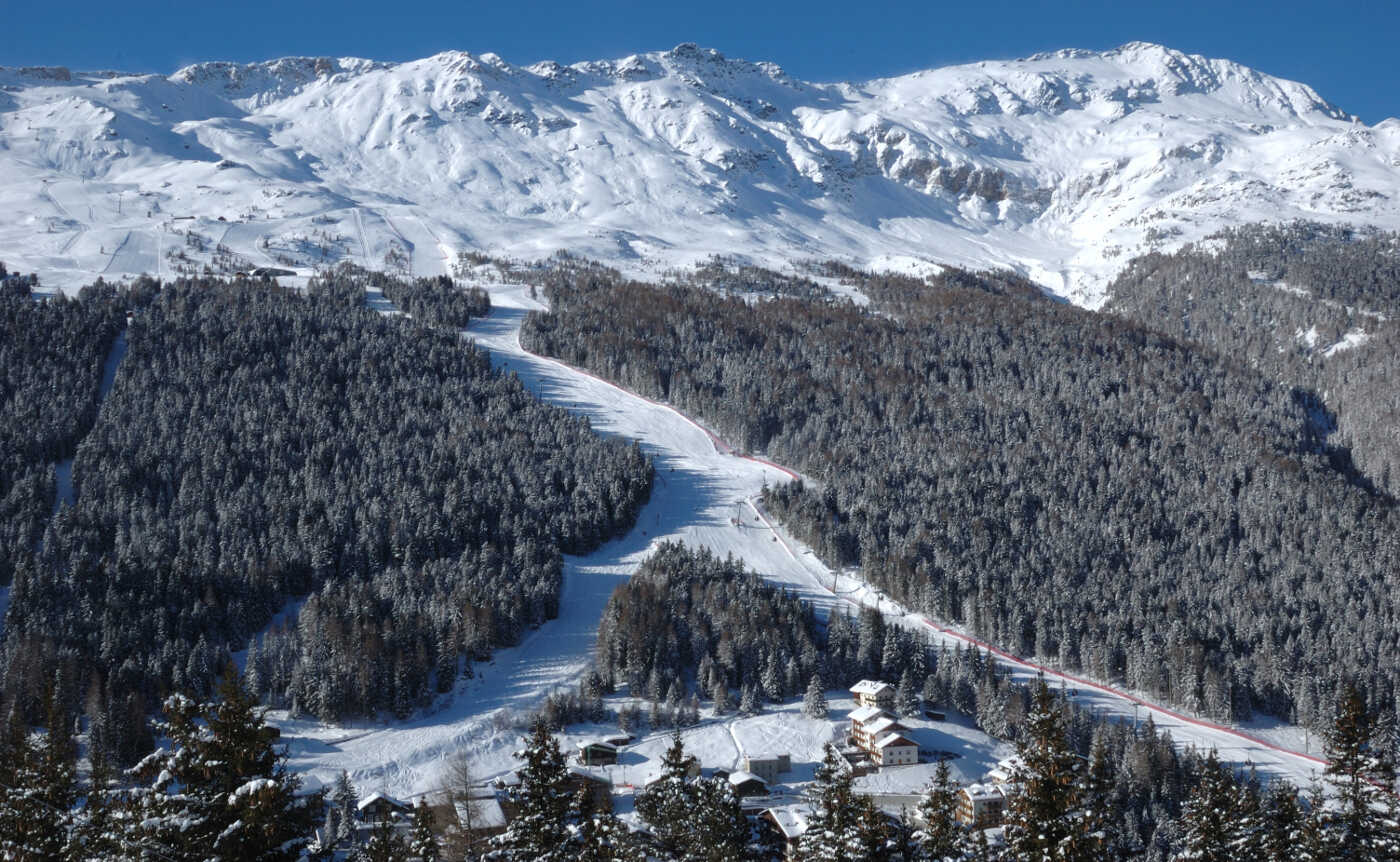 3. THE STELVIO RUN IN BORMIO

When it comes to the wow factor, Bormio’s Stelvio piste is up there. Known worldwide for its technical nature and spectacular scenery, it’s not hard to see what makes the Stelvio a staple on the World Cup calendar and why it’s going to be hosting the men’s Alpine skiing at the upcoming Milano-Cortina Winter Olympics in 2026.

The run begins with a 63% plunging masterclass that escorts you swiftly to the wide and somewhat more mellow Rocca section. After this you are hurled straight into Canalino Sertorelli, where you gain more speed before hitting the Fontana Lunga. From here, the intensity dials up with the famous Carcentina traverse that’s often icy, followed by the white-knuckle-inducingly steep San Pietro that leads you to the final section of wide turns down to Bormio.

If the daytime isn’t magical enough, the Stelvio slope is also open for night skiing: see the calendar here. 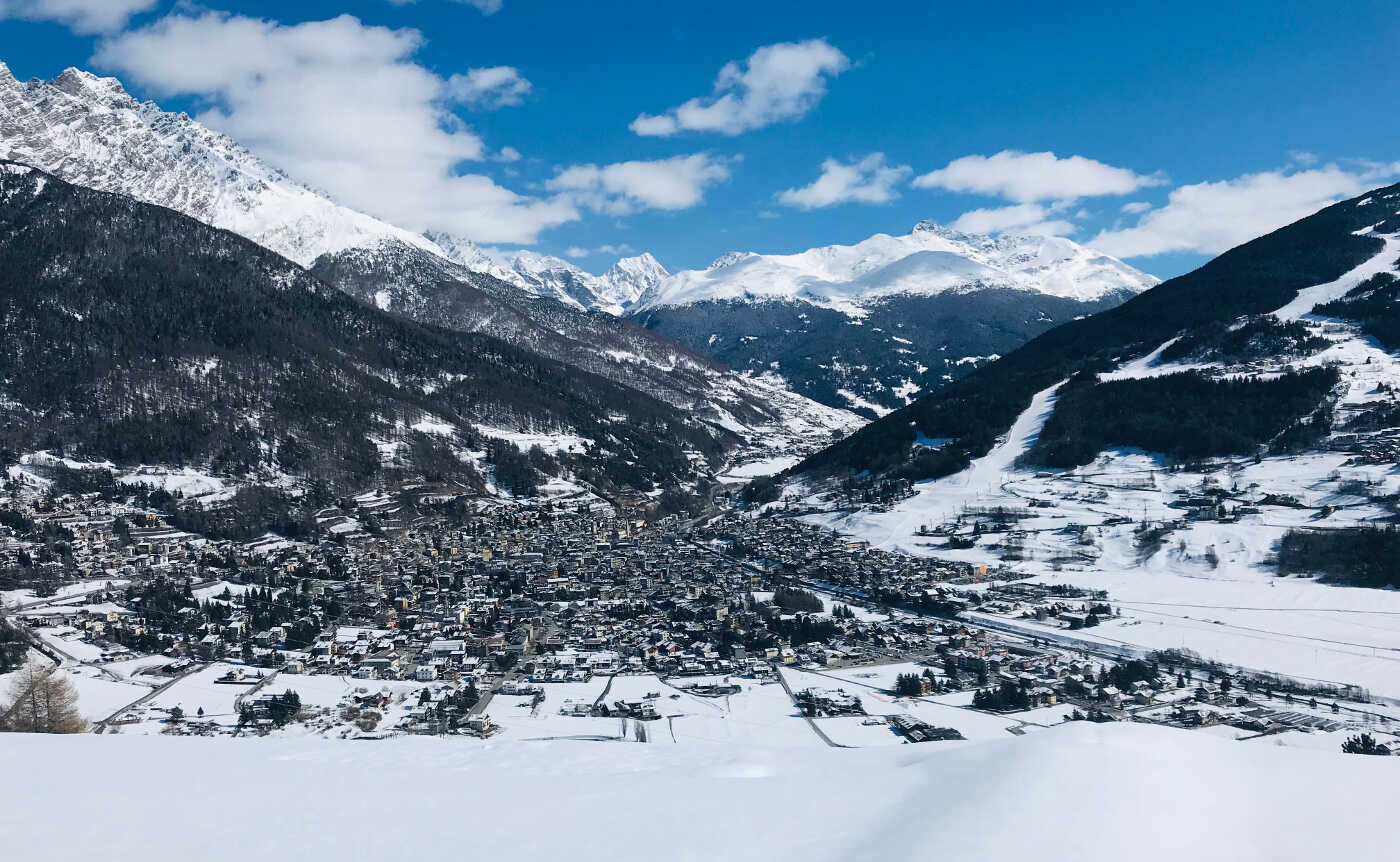 4. THE VANONI RUN IN MADESIMO

With a gradient that nudges on 50% at times, the Vanoni run in Madesimo is the pick of skiers looking for an advanced run and mind-blowing scenery. Approved by the International Ski Federation (FIS) for slalom on its upper slopes, here’s where you’ll often find national teams training in the early part of the season.

Sat at a high altitude, Madesimo consistently delivers on quality natural snow – but even if conditions did dictate otherwise, you can rest assured that this run will be well covered thanks to the resort’s snow-making facilities. 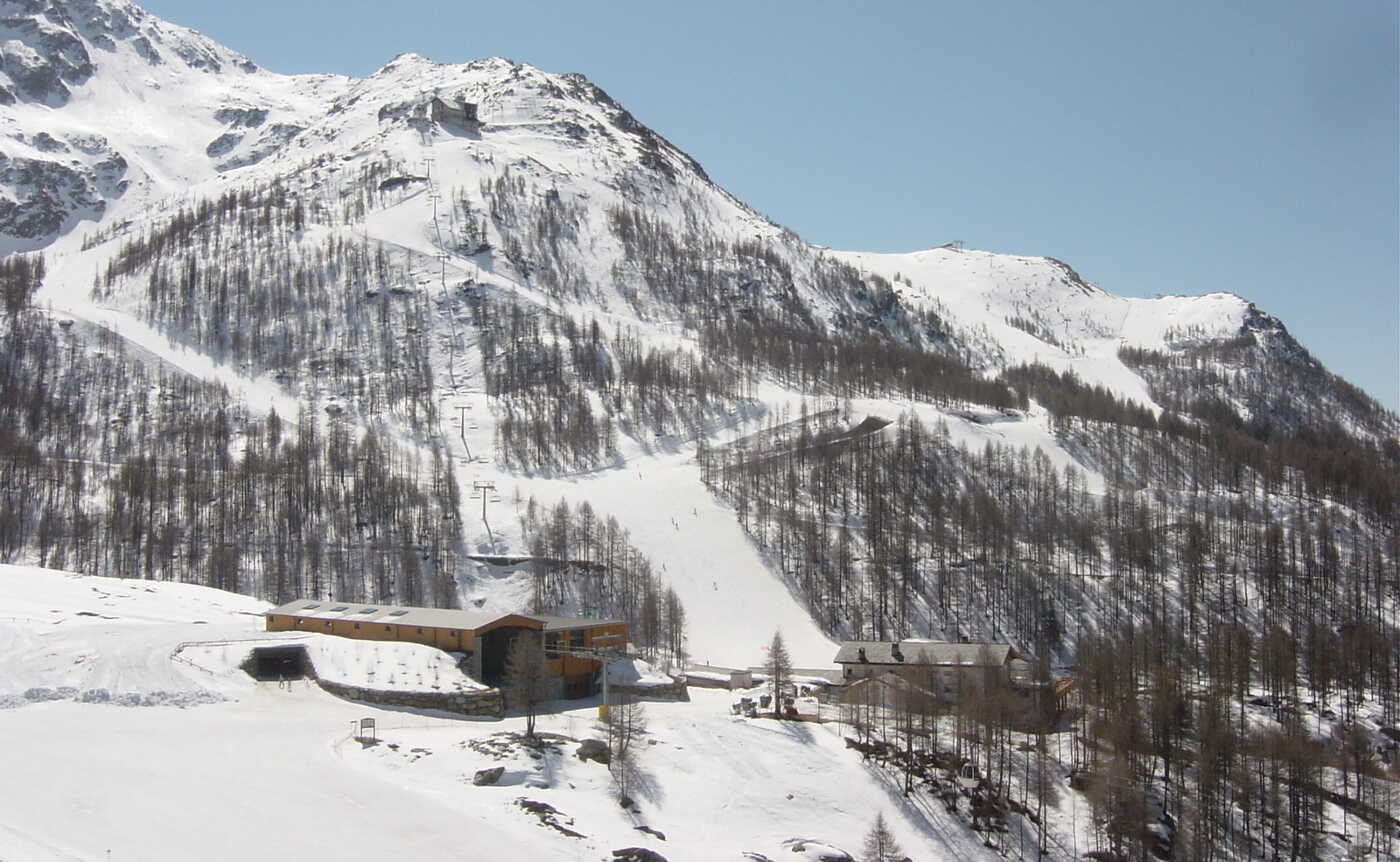 The Cima Sole, start of the Vanoni piste

5. THE SUPER PANORAMICA OF BARADELLO IN APRICA

As the longest illuminated ski run in Europe, Aprica’s Superpanoramica is second-to-none if you’re into skiing under a starry sky.

Fun to ski and generously wide, this is a full 6 km in length and presents a popular choice for intermediates and families. Expect stunning views over the mountain town of Aprica, the entirety of Valtellina and the Rhaetian Alps. If you’re into night skiing, the Superpanoramica is illuminated from Thursday through to Saturday, with Fridays exclusively reserved for ski tourers, ski mountaineers, and snowshoers. 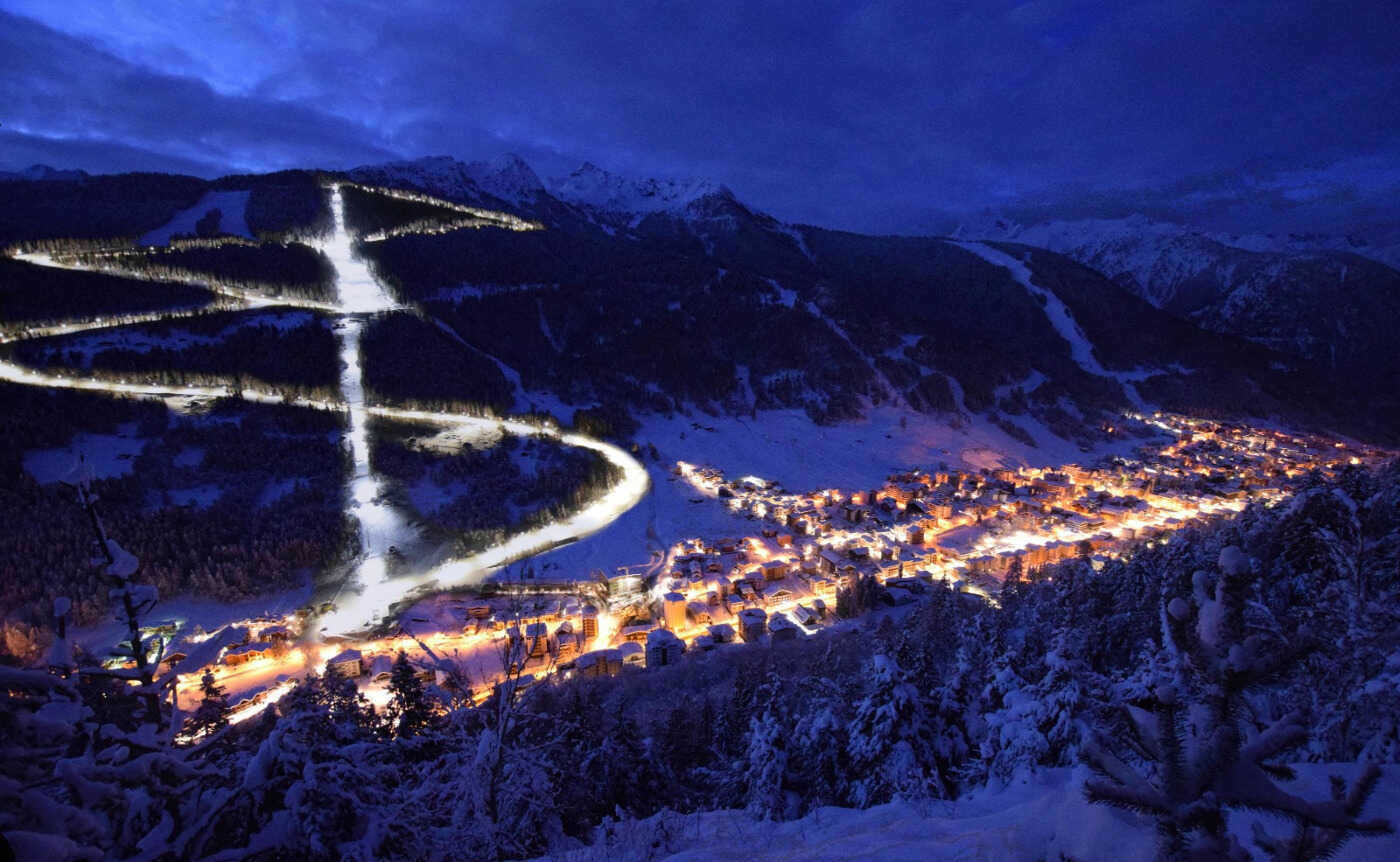 The super panoramica of Baradello

6. THE PISTONE DELLA MAGNOLTA IN APRICA

Commonly known as the Pistone but officially christened the Magnolta Inferiore, this is a black-level run covering an adrenaline-packed 2 km and some expert terrain. Once you’re off the Poncera and Roccolo red runs, you’ll encounter three super-steep pitches in a row giving you peak thrills and little chance to catch your breath before it plateaus out towards the finish.

Shady and high altitude, this piste rarely sees the sun, which means it comfortably holds snow well into spring. 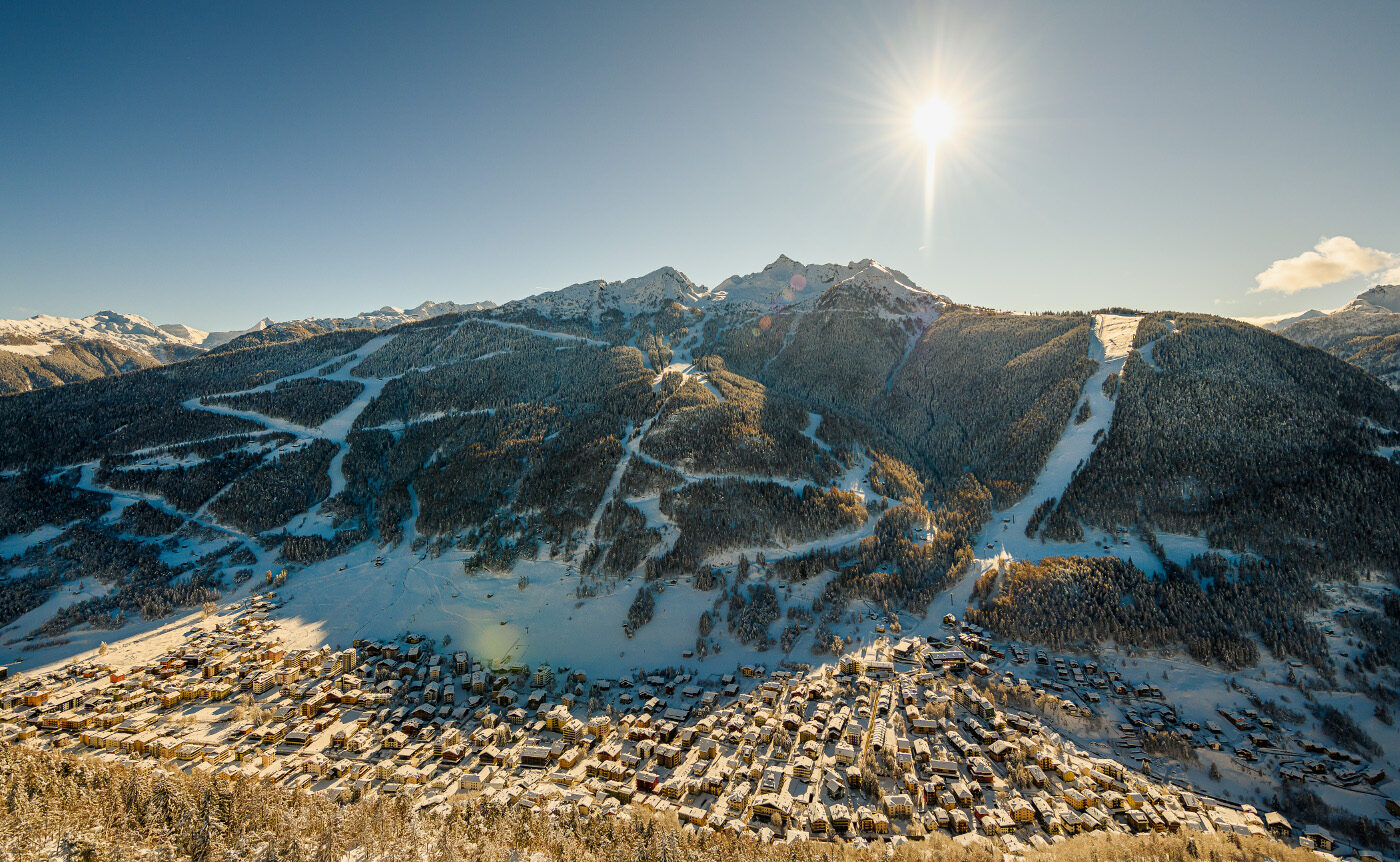 Aprica and its famous slopes

7. THE POLVERE PISTE IN LIVIGNO

If it’s a good time in the powder that you’re after, then Livigno is a must-ski. The biggest ski resort in the province of Sondrio, one of its most renowned runs is the red-rated Polvere that drops 500 vertical metres from the top of Carosello 3000.

Point your skis down to town, soak up the thrills of this run, and take in the breath-taking views over Livigno and its valley. Two gentle, well-spaced bumps guarantee a good time on this picturesque run and keep you interested. 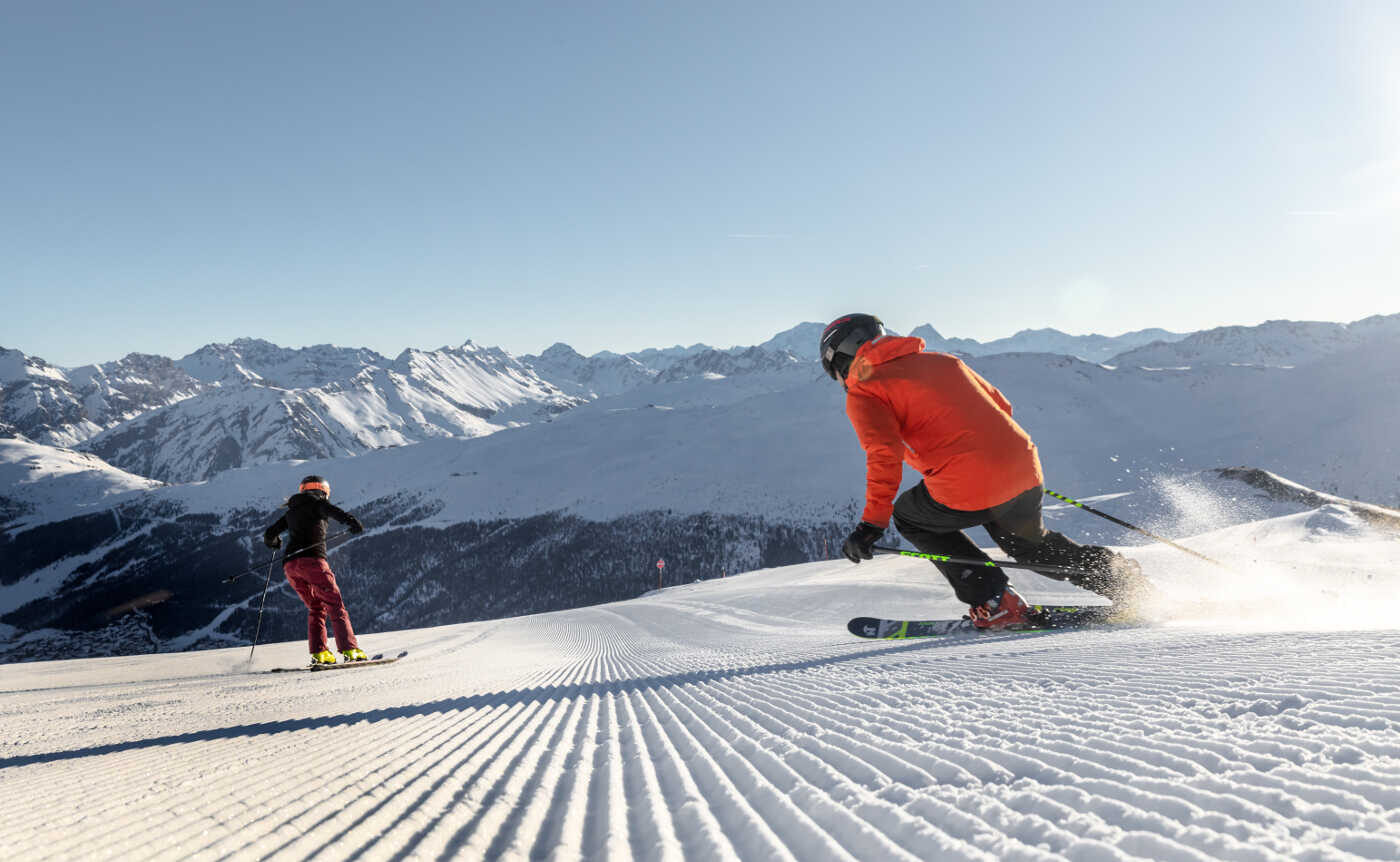 Check out more info about the ski areas of Valtellina