THE PARK OF MARMOTS
It is usually extremely difficult to get close to marmots as they live on Alpine pastures 2,000-3,000 m above sea level. However, in Chiareggio, it is not unusual to see them up close.

Il Sentiero del Larice Millenario
Val Ventina is home to Italy’s oldest officially documented larch. Several years ago, a group of very old larches (400-500 years), including this particular specimen, were discovered. Despite the rugged conditions at that altitude, the trees were in remarkably good health. 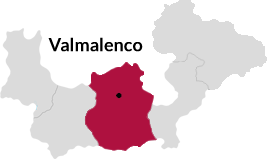