Check out the main events to celebrate Carnival in Valtellina

Two of the most characteristic and traditional Carnivals in Valtellina are the Carnevàl di Mat (Carnival of Fools) in Bormio and the Carneval Vecc (Old Carnival) in Grosio on 1 March; furthermore, there are many other events not to be missed!

The Carnevàl di Mat of Bormio

On Carnival day in Bormio, the Mayor hands the reins over to the Podestà del Mat (King of Fools) after the Podestà is officially crowned. Then all havoc breaks loose and anarchy reins, or rather, power is assumed by Harlequin and the Compagnia di Mat (the Band of Fools), who give a public reading of the gossip and complaints of the citizens taken from a post box set up for that purpose in the exquisite historic Piazza del Kuerc. Other activities include a parade through the historic centre led by the Harlequins, with children escorting the Podestà. Click here for more details

The Carneval Vecc of Grosio

The town of Grosio celebrates Carnival on the first Sunday of Lent. This date is highly symbolic, because while everyone else has already started their Lenten sacrifices, Grosio enjoys one last moment of irreverent euphoria. Ancient masks are the true protagonists of this Carnival that is definitely worth experiencing. The masks of Grosio’s own Carnival characters are worn by the same honoured few people each year in a tradition that has been handed down from generation to generation. First in the line-up is the couple of Magra Quaresima – a skinny old lady in rags – and Carneval Vecc – a plump, ruddy-faced gentleman – in an allegory of the passage from the merrymaking of Carnival to the solemnity of Lent. Next come other popular characters such as the Bear and its Mistress; the old woman Bernarda carrying in a wicker basket on her back; a Suckling Child who sprays the crowd with wine from his baby bottle; and Toni the Buffoon, who is the Harlequin of Grosio. Naturally, the parade also features a host of satirical and fairy-tale floats, many of which narrate key events from Grosio’s past.

Carnival in Valtellina: the main events

SONDRIO
On 15 and 16 February do not miss the "Carnevale dei Ragazzi", two days not to be missed in the main city of Valtellina

LIVIGNO
From 22 to 29 February a lot of entertainment for the little ones, funny challenge between the historical town's districts, and the parade of the carnival floats and masks.

MADESIMO
From 22 to 29 Febraury many events: entertainment, parades and much more!

TIRANO
On 1 March parade of the floats along Viale Italia

VALDIDENTRO
On 1 March do not miss the Carnivaldidentro, in Isolaccia, with the traditional parade of the Carnival floats along the streets and many collateral events 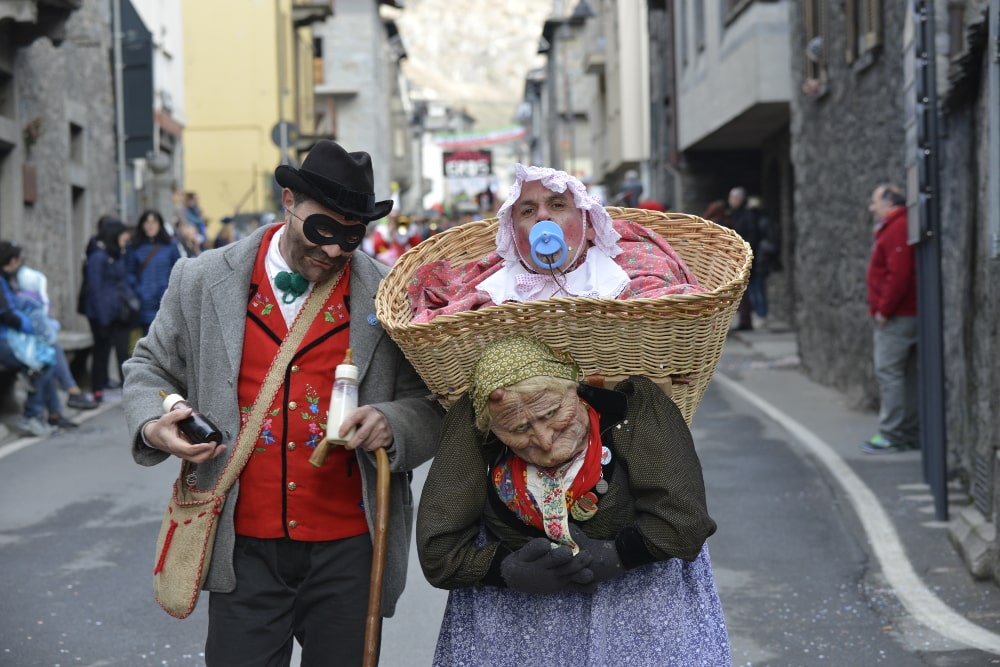 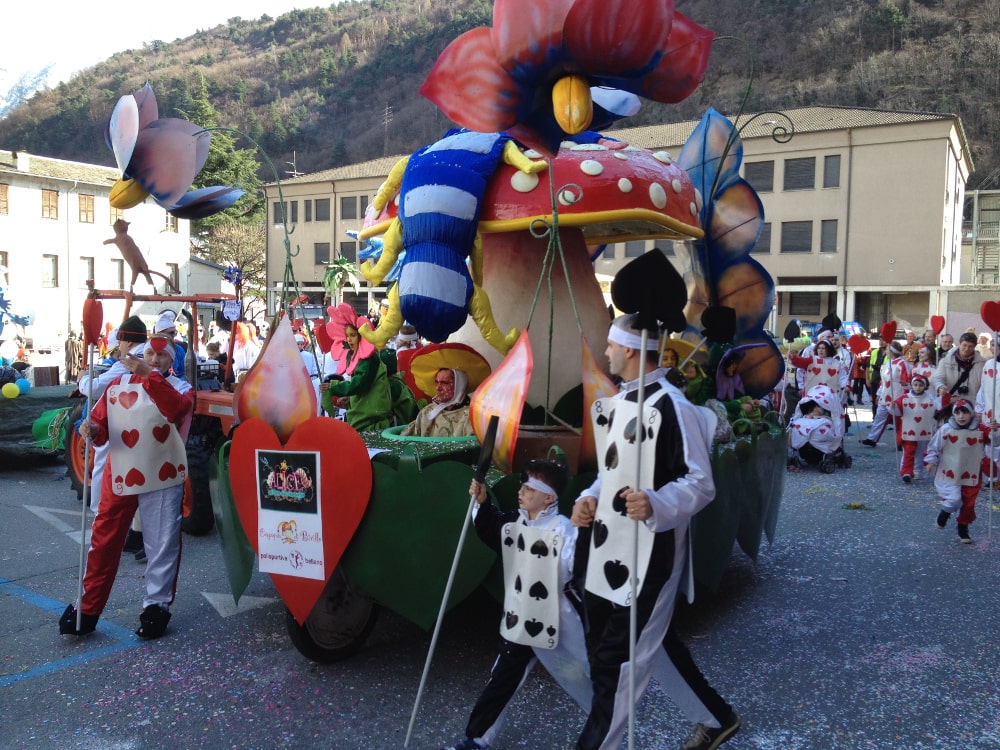 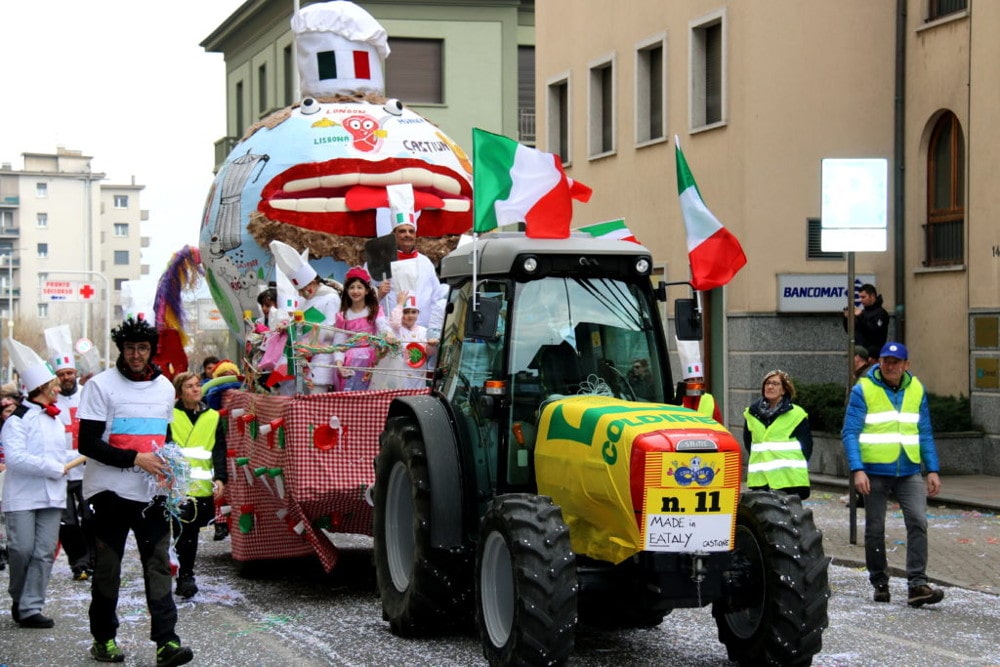