A versatile stone quarried in Valmalenco and Valchiavenna

Pietra ollare has been worked for centuries. This variety of serpentinite has a high percentage of talc or chlorite, which makes it relatively soft and easy to work. It also has high thermal resistance and is used to make lavecc pots and oil jars called olle.

The biggest deposit of this stone is found in the Alps and is centred in Valmalenco, but it is also present in Chiavenna and surroundings, in Valcondria and Prata, and from Piuro to Castasegna and beyond

Lavecc pots are carved from pietra ollare due to its ability to retain heat for lengthy periods, making it idea to cook stews, braised meat and taròz (mashed potatoes with bacon, mangetout peas, cheese, butter and sage). Piode, which are characteristic of Valmalenco, are serpentinite slabs that are ideal for cooking meat on a wood fire, but they are mostly used as roofing tiles because they are extremely hard-wearing with exceptional flexural and compressive strength.

In addition to the more traditional objects, local artisans today carve an increasingly wide range of products. In recent years, pietra ollare has become a prized sculpting material, with interesting secular and religious artworks being produced in Valmalenco and Valchiavenna. A perfect example of this is the baptismal font in Chiavenna, and keep an eye out for the many portals, fountains, arcades and decorative objects.

QUARRIES IN VALMALENCO AND VALCHIAVENNA

Most of the quarries in Valmalenco, some of which are open to visitors, are located in Chiesa in Valmalenco, at Alpe Pirlo and in Val Giumellino. In the past, there were also quarries in Valbrutta (Lanzada), Torre di Santa Maria and to the southwest of the Motta di Caspoggio. In Valbrutta, the “Percorso dei torni della pietra ollare” (pietra ollare lathes) trail winds through the area where pietra ollare was turned into stone pots, not far from the quarry.

In Valchiavenna the stone was mined in underground trone tunnels carved into the rock, some of which have recently been explored in the Piuro area. The large Caurga quarry and the Bottonera district are renowned traditional production areas. 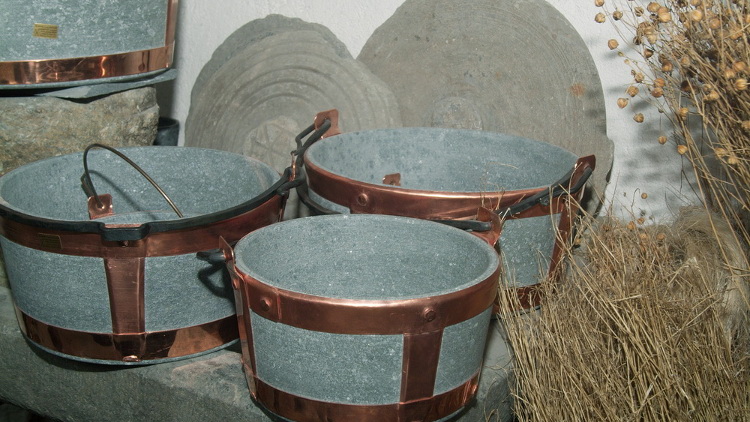 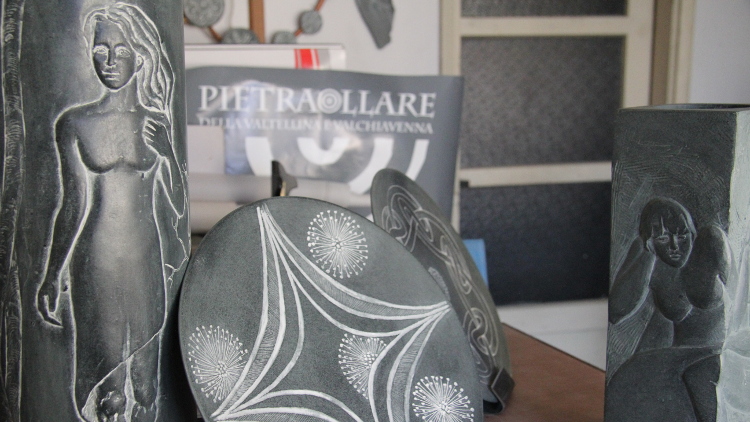