Since it was written by Cassiodorus back in the sixth century that our Alpine valleys were allegedly littered as early as the Gothic War (534–554) with defensive and lookout towers, there’s been a tendency to trace back the heritage of a construction right here on this rocky ridge between Gordona and Samolaco to that very period. However, it is more likely that the tower of Segname dates to the Hungarian invasions of Europe during the ninth and tenth century.

Of the many lookout towers in Valchiavenna, the ninth-century Segname is the finest still-standing attraction with the good fortune of being remarkably intact, which is partly due to its location, but mainly because it managed to get away without having to host any major battles.

While various defensive buildings have sprung up in the valley over the centuries, this type of tower is keen testament to the historical events of Valtellina and Valchiavenna, which were both greatly important in linking the north with the south and as an obligatory passage for moving between the mountains and the plains. 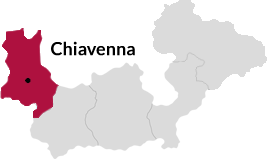