A lavish example of Renaissance architecture in Valtellina!

Palazzo Besta (Besta Palace) was built at the turn of the 15th century and therefore decorated and transformated into a Renaissance court hosting artists, writers and philosophers. The Palazzo belonged to the Besta family until 1726. In the late 19th century, the ownership was divided among several families and the palace was finally turned into a farming property.

The main façade covers two floors, separated by a wide strip decorated with lozenges. The upper loggia is frescoed with episodes taken from the Aeneid. The Room of Creation, on the other hand, displays a cycle of frescoes portraying stories from the Genesis. On the second floor there are Late Middle Ages and Renaissance fresco cycles from various Valtellina sites and a Renaissance stüa.

On the ground floor, the Antiquarium Tellinum houses a collection of engraved prehistoric steles, attributed to the Copper Age (3rd millennium B.C.) and discovered from 1940 onwards in various parts of the Teglio area. 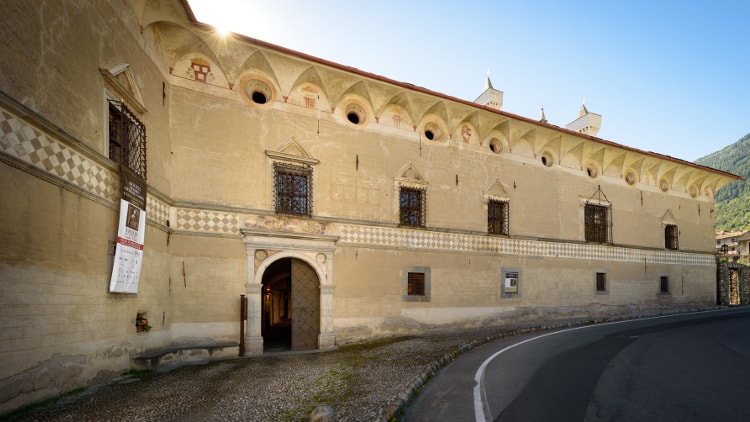 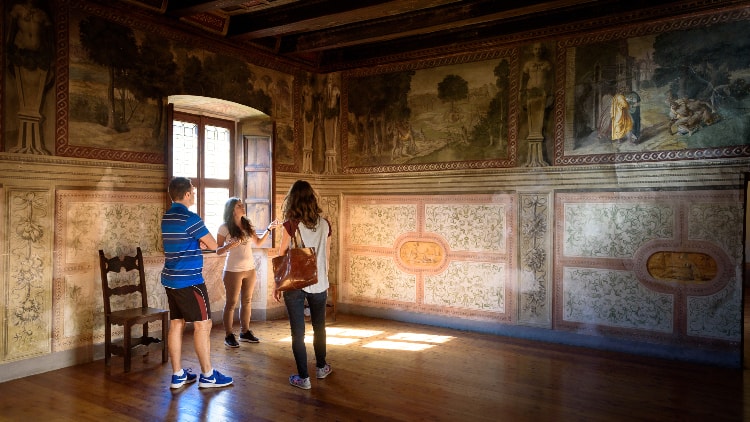 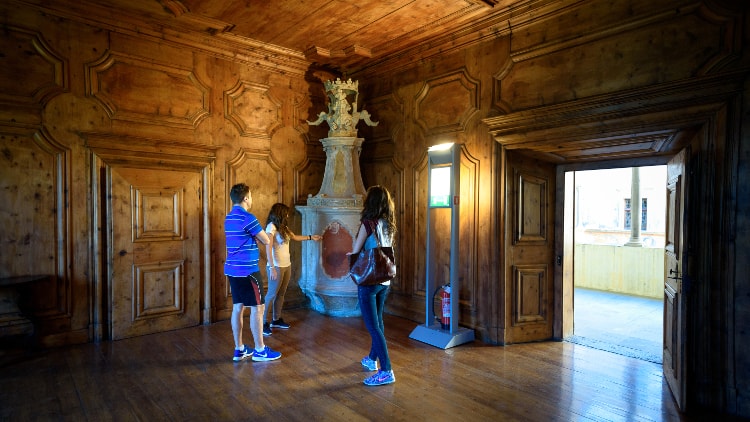 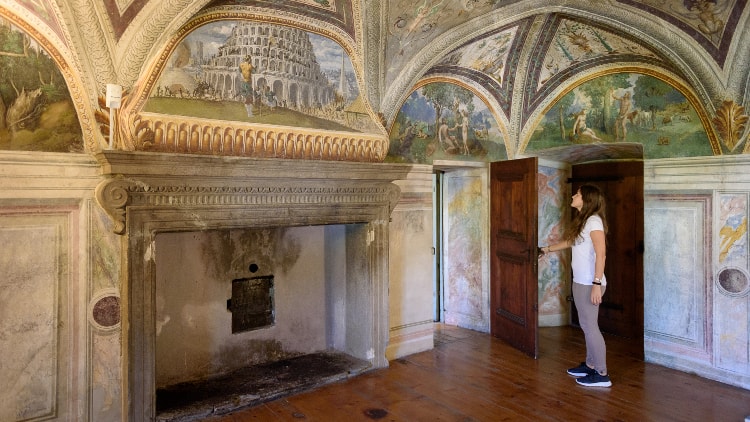 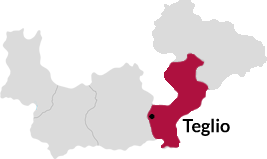